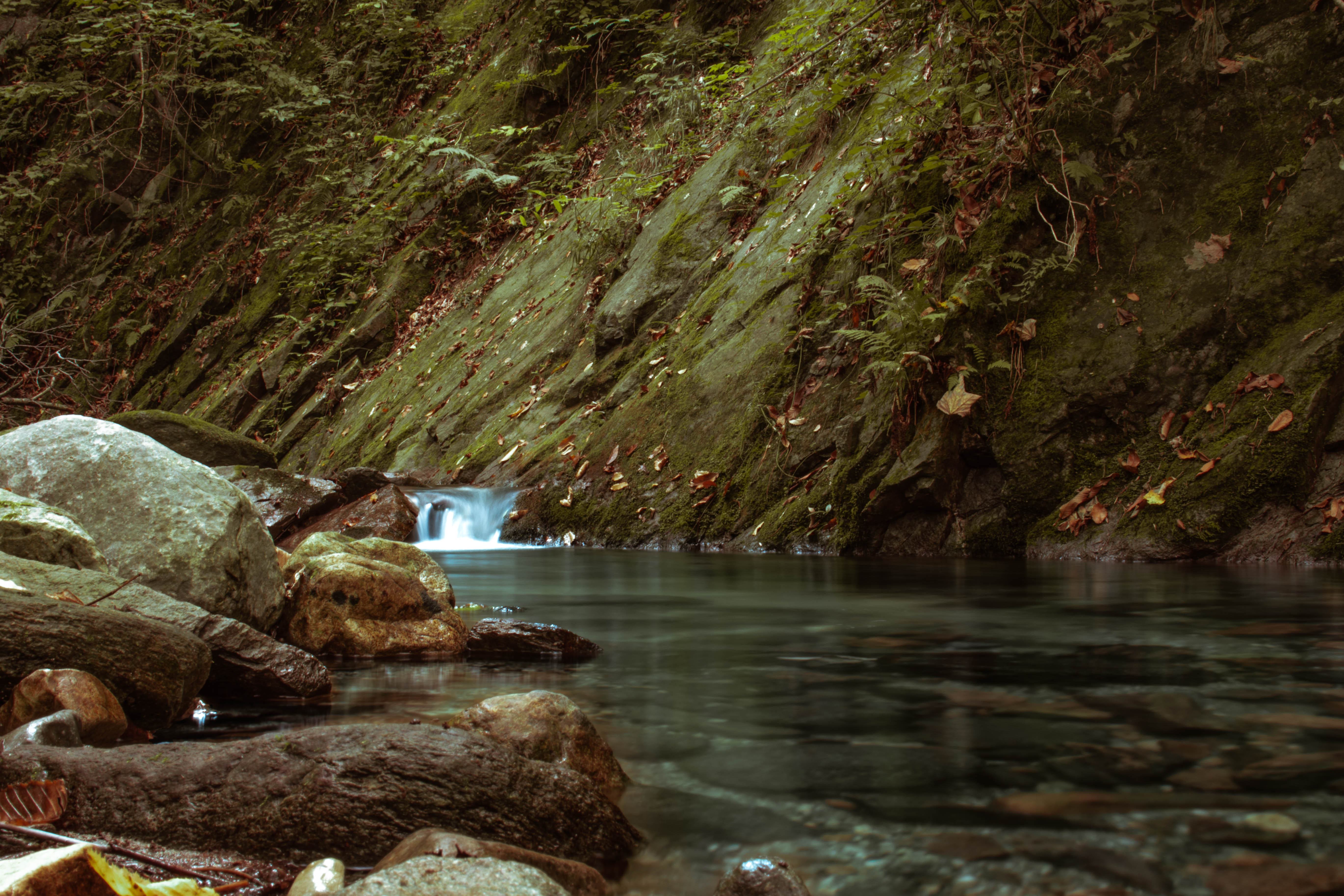 10 The Canary Islands start with our top 10 volcanic islands. This group of Spanish islands in the Atlantic off northwest Africa is made up of many volcanoes and are some of the oldest islands on earth created purely by volcanic activity under the sea. Today, the Canaries are among some of the most popular holiday islands in the world throughout the year and especially for winter sun breaks, with a steady stream of sun-loving tourists to its black powder beaches. Hot and dry winters make it an ideal vacation destination, and we can be comforted by the fact that its volcanoes are currently dormant!

9 Fiji This beautiful volcanic island in the South Pacific exudes life and color, with exotic fauna and rich marine life. One of the few benefits of being a volcanic destination, or in this case an extinct volcano, means that the soil is wonderfully fertile, allowing for a flourishing ecosystem around it. Fiji is well known for its diving, but for those of us who aren’t the biggest fans of being underwater with an oxygen tank strapped to our back, there’s a lot to see in Fiji just by snorkeling. There are many beachside coral reefs in many areas for a variety of colorful reef fish and soft corals. Flora thrives in many Fiji parks, such as the Garden of the Sleeping Giant at Nausori, or wildlife at Kula Eco Park. The deep white coral sands make Fiji one of our top 10 volcanic island vacation destinations.

8 Iceland We all know this Volcano after the chaos it caused in 2010, but can we pronounce it? Eyjafjallajokull, which caused so much travel chaos, is just one of many active volcanoes in Iceland. However, this densely volcanic island remains at the top of the best vacation destinations. The incredible scenery caused by the volcanic properties has given Iceland some of the most exciting natural attractions, such as geysers, steaming blue lagoons, bubbling mud pools, contrasted by spectacular glaciers overseen by ethereal ribbons of the Northern Lights. Being the largest of our 10 main islands, it has the great city of Reykjavik as its capital and is a great starting point to discover this fascinating island.

7 Dominica This small island paradise located between Guadeloupe and Martinique in the Caribbean has several mainly sleeping volcanoes, with the small possibility of an eruption in the next 100 years. Thanks to science, we can be warned long before an eruption so that we can joyfully visit this lush green island and enjoy its many natural delights. Visit the boiling lake of Dominica and the natural hot springs and cool off in the waterfalls. Get a glimpse of Dominican sea turtles at this great snorkeling destination.

6 Reunion Island Far in the Indian Ocean, this French island has 2 volcanoes, yet Piton de Neige is extinct leaving a fascinating crater to explore. Reunion is also home to one of the most active volcanoes in the world, Piton de la Fournaise, the volcano is quite accessible with some fantastic viewpoints around it, burning with very recent eruptions that leave the ground around it hot and smoky. Not far from Madagascar and Mauritius, this tropical destination is noted for its many waterfalls that sparkle and tumble over the island’s highlands. One of the most modern islands in the Indian Ocean with good roads, pretty French cities and a relaxed atmosphere for surfing. Some of the best waves can be found at St Leu and the glorious views of the deep blue Indian Ocean will enchant you as you hike its steep heights or cycle along its many trails.

5 islands of Cape Verde off the west coast of Africa it is fast becoming one of the top holiday destinations and ranks in the top 5 volcanic islands in the world. Being much less traveled than the other islands in the top 10 means you won’t find the crowds here yet, but hurry up, they will be here soon! Numerous volcanoes are scattered around the 10 islands, and the most active is on Fogo Island, located right at a volcanic hotspot, with eruptions as recent as the mid-90s. Its surrounding fertile soil provides a rich space for cultivation for coffee and vine plantations. You will find a lot of culture here both African and Portuguese, and being a fairly new vacation spot, you will find some very new modern hotels and all-inclusive resorts. Both volcanic black sand beaches and pristine white sand beaches line the coasts, and one of its most important activities, windsurfing, thrives in its aquatic waters. Cape Verde is an important nesting ground for loggerhead turtles and much is being done here to protect this endangered species.

4 Montserrat This small island is located below St Kitts and Nevis, above Guadeloupe in the Caribbean. The active Soufriere Hills volcano is located in the south of the island and recent eruptions mean that practically the entire southern half of the island has been invaded by lava that has destroyed its capital and many roads. The volcano that began to erupt in the 90’s is still very much alive, however, many tourists still visit the rich green contrast of the northern part of the island outside the exclusion zone to see this incredible phenomenon of mother nature. You will still find many hotels and beautiful silver beaches nestled at the bottom of this mighty caldera. Enjoy all the usual benefits of the Caribbean Sea such as snorkeling, diving, boat trips around the island and its warm temperatures throughout the year.

3 Azores A group of volcanic islands in the middle of the Atlantic, now dormant, is a very popular tourist destination. Although none of its volcanoes are active, it still offers some incredible views like the Laguna de Santiago on the island of Sao Miguel. This is an old volcanic caldera, and it also has a beautiful blue lagoon next to it. Full of history, pretty towns and beautiful beaches, the climate here is very mild but also changeable. Whale watching is one of its main tourist activities, as well as the sight of its famous jumping dolphins. The islands of the Azores are often described as a garden with around 60 plants completely unique to these islands.

2 Bali In Indonesia it ranks second in our top 10 volcanic island destinations, one of the world’s favorite vacation islands. The Batur volcano, one of the most active volcanoes in Indonesia, resides here in Bali. It has had quite a few small eruptions in recent years, yet it is one of the main tourist attractions here. If it is safe to do so, you can hike the volcano in time to see the incredible sunrise and spectacular views of the surrounding Caldera. Tourists flock to this tropical spot for its sparkling blue waters, white beaches, and gorgeous weather, often in the mid-30s during the dry season from April to September. Don’t be intimidated by the rainy season, as it can sometimes only mean an hour of tropical rain in the afternoon, and the slightly cooler temperatures can be a refreshing change from the wet peak season.

And finally, the first place goes to …

1 Hawaii The Pacific volcanic island group has reached our # 1 volcanic island destination. So what has made it number 1 in our top 10? Well, we think it really does have it all. Big Island is home to one of the most active volcanoes in the world, Kilauea. Located in the Hawaii Volcanoes National Park, it is one of the many volcanoes in Hawaii. But perhaps the reason it’s most fascinating is due to the fact that you can witness the red-hot lava flow as it cascades through the park and into the sea. Thousands of tons of lava are produced every day, increasing Hawaii’s land mass and changing its landscape since it began to erupt in the early 1980s and has continued ever since. Hawaii offers rainforest, deserts, incredible surfing, exotic marine life, romantic coves, fantastic hotels, and something to interest every age group and type of traveler.